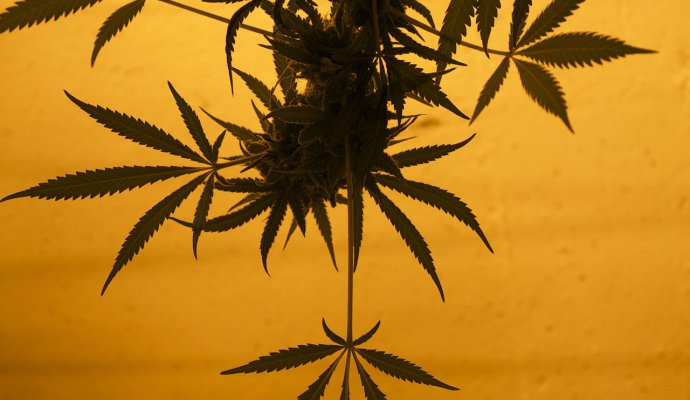 The Critical Kush strain created by Barney's Farm is a cross between Critical Mass and OG Kush strains. The mixture of these strains led to a high-quality indica strain that not only has many medicinal properties, but will also satisfy any recreational consumer.

Critical Kush has a high THC concentration of 16-29 percent and a moderate CBD concentration of around 2 percent. It is a strain valued by many consumers for its strong high and euphoric feeling, as long as it is used in the right amounts. This famous strain has won many awards - from a place in the top ten for best Kush strain, to first place at the 2015 Spannabis Champions Cup.

Critical Kush's aroma fully lives up to its potency. If you love strong-smelling tops, you'll love this strain for its strong smell of fuel combined with earthy and herbal notes. The taste, however, is not as pungent as the smell, but lovers of citrus strains will like the tangy citrus notes.

In addition to the relaxing and calming properties characteristic of indica strains, patients appreciate this strain for its euphoric feelings and improved mood. Thanks to the two percent CBD blighted in Critical Kush, patients suffering from anxiety, depression, PTSD and stress can benefit from this strain's therapeutic properties. What's more, very few patients complain of feelings of anxiety or paranoia, although those with low tolerance should start with small doses.

Overall, Critical Kusha's effects are powerful, but not overwhelming, and should not lead to feelings of lethargy, as long as one does not exceed the magic amount, which depends on one's level of experience and tolerance.