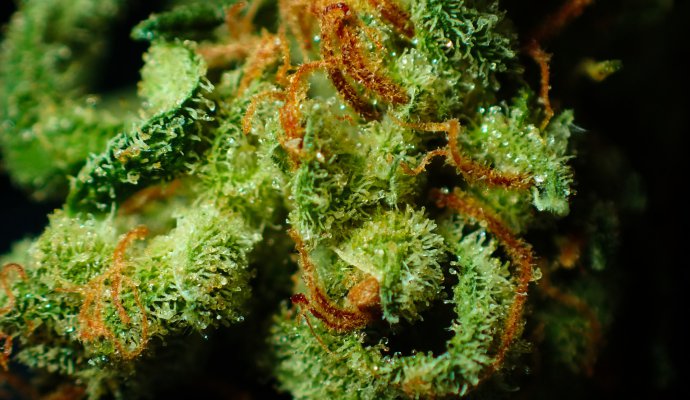 Durban Poison is a pure South African sativa strain whose name indicates its powerful psychoactivity. The strain has gained worldwide fame for its sweet smell and energetic high.

Durban Poison's tops are thick and sticky with trichomes, which is why growers and concentrate producers often choose this strain for hash production. THC content ranges from 15 to 25 percent.

Hemp has been cultivated on the African continent since at least the 14th century, and by the time of Dutch colonization it had spread south, making hemp cultivation popular and acceptable, and marijuana itself became known as dagga.

In the late 1970s, breeder Ed Rosenthal, selectively bred a few plants from a bag of South African seeds he brought to the United States, and then passed them on to breeder Mel Frank, who adjusted the plant's genetics to optimize for flowering and resin quantity. Sam the Skunkman further optimized the strain, thus further reducing the strain's flowering time.

Durban Poison is marked by a classic aroma with a hint of sweet licorice. The pungent aroma is well noticeable when you break the topka in half, and the thick smoke expands pleasantly in the lungs while smoking.