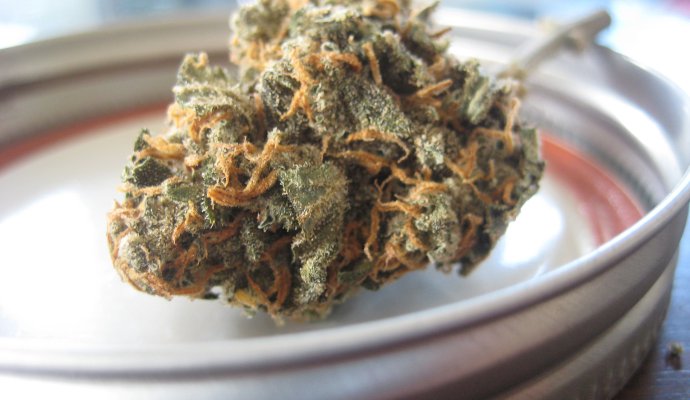 Also known as Soma #10, Lavender is an Indica-dominant hybrid that was the first in many competitions to reach as much as 19% THC .

Its sharp and smooth flavor characteristic of Afghani gives a powerful euphoria. Its stimulating high is followed by a twist that the Indica genes are responsible for. Lavender calms and relaxes, making most users feel lazy. Inexperienced users may fall asleep quickly. Negative effects can include familiar effects such as dry mouth, dry eyes, dizziness and paranoia.

Lavender can be used at any time of day, but some people prefer to use it in the evening or at night to help combat insomnia. This strain is often used for pain relief because of its Indica genes. It is an effective treatment for stress, anxiety and depression, and is prescribed for PTSD, ADD / ADHD for adults, and obsessive-compulsive behavior. Patients also use it to combat nausea and eating disorders such as anorexia. Its high CBD content of up to 1% can also help fight seizures.

Lavender has rich and diverse genetics. Created by Soma Seeds, the strain is a cross between Super Skunk, Big Skunk Korean, Afghani and Hawaiian. Thriving well, both indoors and outdoors, this strain grows best when grown using the Sea of Green technique. However, with this method of training the plant, a shorter growing cycle is recommended. Lavender blooms for eight to ten weeks and yields between 150 and 200 grams per square meter.