Main page / Seedbanks / Did you know... 20 interesting facts about cannabis (you'll be surprised to learn about Louis Armstrong)

Did you know... 20 interesting facts about cannabis (you'll be surprised to learn about Louis Armstrong) 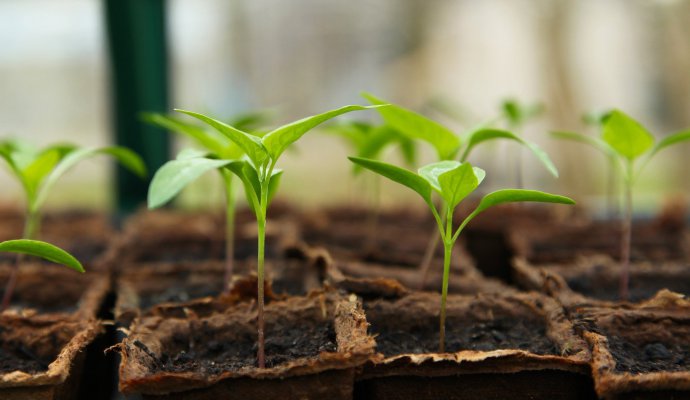 Did you know... 20 interesting facts about cannabis

If you are a cannabis smoker and are looking for some interesting trivia, you are in the right place! In this article we have collected 20 interesting facts and trivia about cannabis.

Have you ever wondered where and when traces of cannabis use were first discovered? Did you know that North Korea cannabis costs 3 cents? Are you hungry for knowledge and have a moment to spare? If so, sit back in your chair, light a joint and prepare a moment of free time.

Hemp is not a 20th century invention - the first records of hemp date back to 6000 thousand BC. Back then the ancient Chinese used hemp as a spice and as a material for making strong rope. First smoking - there is no precise information as to when cannabis was first smoked, however between 1200-800 BC Hindu books refer to cannabis as the "Sacred Herb" and it is named after the goddess Shiva. Two types indica and sativa - for novice smokers cannabis is one plant, nothing could be further from the truth! The indica offers complete relaxation while the sativa will stimulate you better than coffee. A real medicinal bomb - cannabis has over 400 constituents, 260 of which can be used in medicine. The first 'medical' cannabis - in 2727 BC the Chinese physician Shen Nung documented the first medical use of cannabis in the history of mankind. Cure for everything - according to doctors and scientists, cannabis can replace 1/3 of commonly used drugs. Cannabis fights gliomas - Spanish oncologists have proven that substances contained in cannabis inhibit the development of brain tumors. THC the hidden ingredient - it was only in 1964 that scientists discovered the most important substance for smokers - Tetrahydrocannabinol or simply put THC Cannabis does not kill - in the long history of mankind there has never been a documented case in which a person died from an overdose. And speaking of safety - smoking cannabis is over 114 times safer than reaching for alcohol. Harsh penalties for possession of the herb - More and more states in North America are now legalizing medical marijuana, but not so long ago, in 1956, there were stiff penalties for possession. One joint resulted in a sentence of 2 to 10 years behind bars. Musician behind bars - Smoking marijuana has gotten you behind bars before. Famous musician and performer of the hit song "Wonderful world" Louis Armstrong served time for smoking cannabis. Heretic drug - cannabis smokers have always had it tough... Pope Innocent VIII, head of the Church in the 15th century, recognized cannabis as a drug of heretics. Considering the penalties for heresy, it was better not to smoke! A lucrative business - the Netherlands, considered to be the cradle of legalization, makes a staggering €5 billion a year from the cannabis market. Cannabis has revolutionised the job market - in the US alone there is a reported demand for professional cannabis growers and tasters. Green Weddings - this is a brand new trend started in the USA. On the wedding table, instead of vodka, guests will find...a twist. The "bartender" in charge of the event will dispense the best weed, fully legally! A durable material - hemp plays a very important role in the textile industry Shoes and clothes made from hemp have been known for thousands of years. Extremely strong and lightweight material and all-natural. Lemon for a stoned effect - have you taken one too many hits? Or maybe you need to get back on your feet quickly? Lemon juice, vitamin C and plenty of fluids will help you get rid of THC from your body. The number 420 symbolizes smokers - In 1971, a group of peers living in San Rafael, California, would meet at 4:20 p.m. (4:20 in the afternoon) at a fixed location to find a hidden marijuana plot. North Korea Welcomes Marijuana - The World's Most Secretive State - North Korea has legalized cannabis since 2008 to the delight of its enslaved citizens. The price for smoking is not exorbitant - 30 cents!