Main page / Seedbanks / How does marijuana affect the heart? 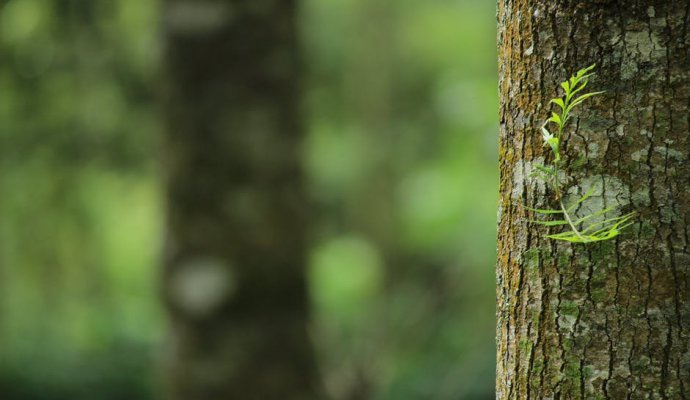 There are two main ways cannabis affects the heart. First, cannabis can lower blood pressure. Second, the active compounds in marijuana can increase heart rate. Both of these phenomena are, at first glance, completely contradictory to each other. It has not been known for a long time that increased heart rate is associated with higher blood pressure. So what really are the effects of marijuana on the heart? Can its effects be considered good or bad? Unfortunately, the answer to this question is not simple. Marijuana and the heart - how do they interact?

What happens to the heart after marijuana consumption?

This is great news for people with high blood pressure or those dealing with a number of conditions that are affected by blood pressure, such as glaucoma. It is the ability of cannabis compounds to dilate blood vessels that causes the effect of red eyes and increased pupils.

Cannabis can also increase the heart rate twice, up to three hours after consumption. However, this effect will vary greatly depending on the individual predisposition of the smoker. Indeed, in some cases, an increase in heart rate of only 20% has been reported. However, this does not change the fact that a faster heartbeat is often the cause of panic and anxiety attacks in people who are not yet familiar with the effects of marijuana. They often feel like they are about to have or are in the process of having a heart attack. Animal studies suggest that panic fear occurs most often in first-time smokers and is steadily reduced.

In fact, there is a negligible connection between an increased risk of heart attack and smoking marijuana, even when the heart rate increases significantly. This can happen only in people who, by their lifestyle, have already been exposed to the occurrence of pathological changes in the circulatory system. This applies to people who are:

People with weakened hearts may have trouble with the effects of smoking marijuana.

Espresso coffees and energy drinks have similar effects on heart rate as marijuana, but unlike marijuana, they increase blood pressure. One 2006 study showed that caffeine significantly increases the risk of heart attack immediately after consumption. However, as with marijuana, not all scientists agree with the results, because just a year later a group of scientists from Boston refuted this theory.

Is marijuana good for the heart?

At this point it is impossible to answer this question clearly, because we still do not have enough data and scientific evidence. However, there are several studies through which we know that the non-psychoactive cannabidiol CBD is a potential treatment for heart failure.

The publicity and presentation of CBD's potential for heart health was sparked in 2013 by a scientific article published in the British Journal of Pharmacology. Researchers conducted a study on rodents that were administered CBD. It was noted that the compound was effective in reducing the tension of blood vessels, thus protecting them from damage caused by, for example, glucose (sugar). This study laid the groundwork for further studies that concluded that marijuana reduces the overall inflammation associated with diabetes. It is important to remember that vascular inflammation places a significant burden on the heart, and if additional conditions arise (such as smoking), the risk of heart attack increases several-fold.

Overall, laboratory evidence suggests that non-psychoactive cannabinoids (which predominate in the composition of marijuana) may be an important tool for protection against diabetes-related cardiomyopathy.

Additional research indicates that the endocannabinoid system plays a role in preventing the development of certain heart diseases. This system is an extremely important organ in our body, it has roles:

The active compounds in cannabis work with this system to produce therapeutic effects. A laboratory study published in the International Journal of Cardiology found that deficiencies in the endocannabinoid system can contribute to chronic heart failure. Mice that had lower levels of cannabinoid 1 (CB1) receptors were less likely to survive and were more likely to suffer more heart abnormalities than mice with adequate amounts of CB1. CB1 receptors are specially shaped cells that are similar in chemical structure to THC, the main psychoactive compound in cannabis. The authors of the aforementioned study describe their findings this way:

"In this study, we found that CB1 deficiency contributed to the exacerbation of chronic heart failure [...], thus unveiling a novel role for CB1 in the pathophysiology of heart failure."

It's worth bearing in mind that these studies only involve preclinical observations, but they already contain some interesting evidence that cannabinoid drugs may be useful in certain types of heart disease. However, only significant, large-scale human trials will be able to determine whether this is a safe and cost-effective option for future patients.

The study ultimately found that between 2006 and 2010, the rate of heart disease for marijuana smokers rose from 1.1 percent to 3.6 percent.

Is marijuana harmful to the heart?

Not all scientists are optimistic about the effects of marijuana on the heart. Some studies suggest that marijuana may be a trigger for heart disease in young people. One example is a study conducted by the French Addictovigilence Network. The authors of this test analyzed 1979 reports that were sent in about negative reactions to cannabis. 35 of these were related to cardiovascular complications. 16 of the 35 cases involved people who had relatives with heart disorders in their close or distant family. Nineteen of the 35 reports had no such link, which leads us to believe that pathological changes in the circulatory system may have resulted from marijuana smoking (this is still 0.96% of all reports analyzed).

The study ultimately found that between 2006 and 2010, the rate of heart disease related to marijuana smokers rose from 1.1% to 3.6%. Of the total study participants, 21 (60%) of them also smoked regular cigarettes. Two participants were classified as overweight and one as obese, but abnormal BMIs affected as many as 11 of the 35 marijuana users. Twenty-two participants did not have complete toxicology reports.

These numbers are important for two reasons. On the one hand, the study showed an increase in cardiac incidents, although it cannot be ruled out that smoking or an increase in the number of obese people in the community are responsible. On the other hand, they show what a small percentage of marijuana smokers are at risk for any cardiovascular complications, and these 35 people may have been included in this analysis entirely by chance. It could have, it didn't have to.

Another example of how marijuana can harm heart function comes from a more recent 2016 study published by the American Heart Association. The results of this study suggest that young people are more likely to have specific and dangerous heart failure problems after consuming cannabis. The research team from St. Luke's University Hospital located in Bethlehem, Pennsylvania proved that young men who smoke marijuana have a higher rate of stress, which can lead to cardiomyopathy.

Cardiomyopathy is a temporary weakening of the heart muscle that is often caused by factors such as prolonged stress or constant feelings of sadness. Researchers analyzed data from 33 hospitals and thus identified 33,343 patients with the disease. Only 210 (0.62%) of this pool of patients had ever used marijuana.

The researchers found that stress-induced cardiomyopathy normally occurs most often in older women, but in the case of marijuana smokers, young men were the predominant group. These young people had fewer standard risk factors for the onset of the disease than the average patients outside their group. This led the researchers to conclude that marijuana provides an independent link between the onset of certain heart conditions and age.

However, retrospective studies such as the one mentioned above give a very limited view and do not explain all aspects of the relationship between marijuana smoking and heart disease. We know from other studies that men are more likely to consume marijuana than women, which likely influenced the skew in the earlier study in terms of the gender of patients. There is also little information about the type of cannabis consumed, including dosage and other potentially confounding lifestyle factors.

There is no evidence as to whether taking cannabis in other than traditional ways would be able to reduce the already extremely low percentage of patients. What's more - of those 0.62% surveyed, over 73% also admitted to smoking tobacco. Cigarettes, as is well known, increase the risk of cardiovascular complications such as stroke, hypertension and heart attack.

Can I smoke marijuana if I have a heart condition?

Among the small amount of research that has been done on this topic, it can be inferred that smoking marijuana, especially a good amount of THC, is not the best thing to do if you have heart problems. However, it is worth remembering that these studies are even marginal, and it is impossible to say conclusively what effect cannabis intake would have on people who are ill. It is not recommended to do so out of caution, not specific study results.

What is known for sure is that cannabis does not increase heart rate in a way that would be worrisome for those people who are at risk of developing heart failure.

Marijuana can cause problems in teens and young adults with pre-existing conditions that affect the weakened heart. Anyone who has a family history of people with heart disease should keep in mind that taking cannabis is not necessarily safe for them.

Those who tend to panic and know that a rising pulse could trigger anxiety attacks in them should turn to mild strains of marijuana.

Those who tend to panic and know that a rising pulse could trigger anxiety attacks in them should turn to mild strains of marijuana. Strains that contain higher concentrations of CBD and lower concentrations of THC can help to address the problem of edginess and make the entire experience more comfortable. However, there is no specific information on how many people may be at risk for cardiovascular complications from cannabis.

It goes without saying that if you ever experience alarming changes in your heart rate, you should seek medical attention immediately. The information contained in this article is for educational value only and should not be used in place of medical advice. We encourage you to speak with a trusted medical professional for more information about cannabis and its effects on the heart in each specific case. 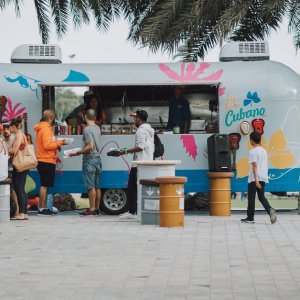