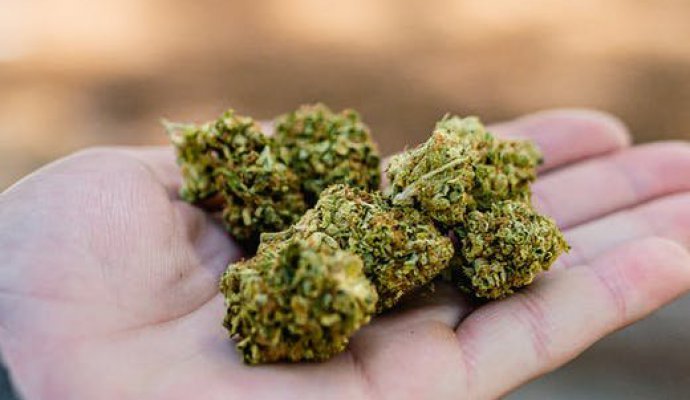 For many cannabis enthusiasts, the number 420 or the date April 20 (4/20) is a special day when cannabis consumers around the world celebrate and celebrate cannabis. It's the perfect day to attend a cannabis-related event or just relax and unwind with friends. At the current time, only relaxing at home comes into play, although starting today - April 20 (4/20) we can already go to the woods or park for a walk, so take advantage of that. Interestingly, in 2020, for the first time in 100 years, the entire month of April will be under the sign of 4/20. This only happens once every 100 years, so it's a unique opportunity to celebrate.

For those who are new to cannabis and are not aware of the meaning and origin of the term 420, we have prepared a guide on what 420 means. Where does it come from? Why are we celebrating April 20?

You may have heard the term 420, but whether it means the time of day (4:20 a.m.), the day of the year (April 20), or an entire lifestyle, 420 is what unites the cannabis community. While the number 420 was originally known as the meeting time for members of the Waldos group (which we'll talk about in a moment), the term now generally refers to marijuana consumption.

Where did 420 come from? World Cannabis Day

The history of the term 420 has been the subject of many different rumors, but only one story is true. The truth is that 420 originated in the fall of 1971 at San Rafael High School, 30 minutes north of San Francisco. A group of students from "the Waldos" crew learned that a member of the U.S. Coast Guard stationed at a nearby lighthouse was growing marijuana somewhere in the woods nearby. Apparently, the man was scared that his commanding officer might find the crop, and that would risk expulsion from duty. Not wanting to waste the plants, he drew a map for his brother-in-law Bill McNulty, who passed it on to his friends in the Waldos group.

All the members in the Waldo group were athletes, and after their workouts they would socialize at the school's Louis Pasteur memorial. What time?-you guessed it-at 4:20 in the afternoon. But before they set off into the woods armed with a treasure map, in search of the lost herb, they decided to smoke a joint.

The search had been going on for weeks. Every day when they planned to meet, the Waldos would remind each other in the hallways: "4:20 Louie," a phrase that was eventually shortened to "4:20." Unfortunately, the marijuana hidden in the woods was never found. However, the Waldos continued to use their new code to signal that it was time to smoke, and eventually 420 referred to anything involving cannabis.

From then on, the term 420 began to spread in the local community and then across the United States until it spread worldwide. High Times picked up on the term and began using it freely in the early 1990s. Over the years, the number 420 has become an undeniable phenomenon of cannabis culture. In February 2016, the Waldos tracked down Gary Newman, the U.S. Coast Guard Ranger whose abandoned weed led to the creation of 420, and explained to him the important role he played in the history of cannabis culture.

The Waldos group is still alive!

The Waldos keep their old map and 420-related memorabilia locked in a bank vault in San Francisco. Although all members of the Waldos group have successful professional lives, they still keep in touch with each other and continue to document their history at 420waldos.com. They are proud of their contributions to the cannabis community and are pleased that each year 4/20 is celebrated by millions of cannabis consumers around the world.

Members of the Waldos group do not identify with the stereotype of cannabis smokers. The Waldos smoked weed, but they were not the typical archetypal "zjarus."

There have been many myths surrounding 420 over the years. Some say 420 is Adolf Hitler's birthday, others say it's the number of cannabinoids and other compounds found in cannabis, and still others believe 420 is a secret police code used to label cannabis cases. Below, we've compiled some of the most popular myths about four two zero.

It has long been rumored that the police code for cannabis possession or public consumption is "420". "420" is not the police code assigned to cannabis cases (In Las Vegas, it is the code used to designate homicide).

MIT: There are 420 chemical compounds in marijuana.

Cannabis contains over 500 identifiable chemical compounds, including 120 different terpenes and over 100 different cannabinoids specific to cannabis.

MIT: All the clocks in the movie Pulp Fiction are set to 4:20.

Status: TRUE, BUT NOT IMPORTANT

MIT: The first dose of lysergic acid diethylamide (LSD) was taken at 4:20 in the afternoon

Albert Hofmann is the Swiss chemist who synthesized LSD on November 16, 1938, and it wasn't until five years later that the psychedelic properties of lysergic acid were discovered. On April 16, 1943, while re-analyzing the substance, Hofmann accidentally touched his hand to his mouth, swallowing a small amount of LSD. He experienced some interesting psychedelic effects and decided to conduct further research.

Three days later, on April 19, 1943, at 4:20 p.m., Hofmann deliberately drugged himself with 250 micrograms of lysergic acid diethylamide (LSD) in what was to be the first acid trip ever. He started noticing the effects as he cycled home from the lab. Other than 4/20, there's no other connection to cannabis here, but it's a cool tidbit nonetheless.

MIT: 4/20 is the anniversary of Bob Marley's death.