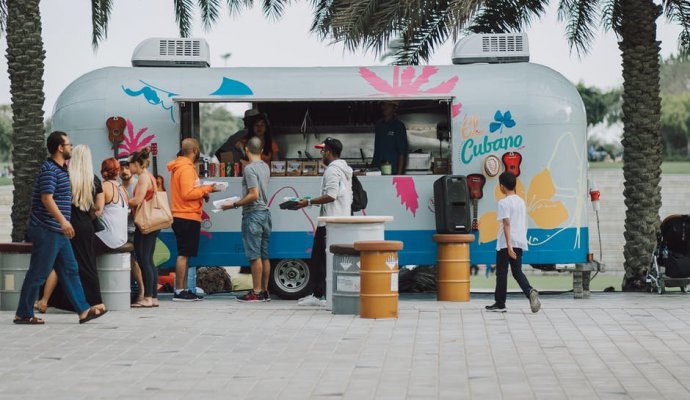 The gradual reduction of strict regulations and normalization of laws regarding marijuana has led to the discovery of a long list of medicinal uses for this plant. Some of its medicinal properties were already known in ancient times, but have now ceased to be mere folklore anecdotes and have become scientific facts. Hemp is proving to be a hopeful development in natural pharmacology and may soon supplant chemical antibiotics.

Medical use of marijuana in ancient times

Marijuana has been used as medicine for thousands of years. It was widely used by ancient Egyptian, African, Asian and South American cultures. This is not surprising, as it exhibits strong antiseptic, antibacterial, sedative and analgesic effects. Marijuana was an indispensable medicine, taken internally and externally, and was often the first and most important treatment for most chronic diseases. Historically, records suggest that it was successfully used to treat gonorrhea, tuberculosis, sepsis, and dysentery. Even more recently, in 1843, severe cases of tetanus and cholera were successfully treated with raw hemp resin.

In the amazingly comprehensive book "Marijuana as Medicine" by Professors Dr. J. Kabalik, J. Krejci, and Dr. F. Santava of Palacký University in the Czech Republic, we find an enormous amount of information regarding the traditional use of marijuana as medicine throughout the world. These articles usually emphasize the numerous medicinal properties of marijuana and do not mention the narcotic effects.

Most surprisingly, cannabis and its derivatives were used successfully in the United States until 1942. At that time, the war caused a large increase in pharmaceutical companies and the use of penicillin was widespread. Since then, everyone seemed to have forgotten that cannabis is not just a drug, but a way to fight many diseases.

Antibiotics, especially those in the penicillin family, are substances used to kill bacteria that cause harmful infections in humans. Their main purpose is to help the immune system fight off infections. However, in many cases, it doesn't end with just support. Antibiotics can effectively "de-escalate" the immune system, weakening it, making us more susceptible to past illnesses. Microbes, in turn, evolve much faster than we do - the viruses responsible for the flu already have a completely different structure than even a few decades ago. So not only that antibiotics inhibit our natural barrier, but in addition, over time they become useless to the body. So a new drug has to be taken, and this again weakens the system, and so on. A closed, dangerous circle.

The situation is aggravated by the overuse of antibiotics in everyday life, which we are mostly unaware of. This is because they are not only available in medicines. They can also be found in:

In the seventy years since the first mass production of penicillin, pathogenic organisms have become resistant to its effects through mutations and adaptations. The problem was noticed as early as 1962, when a soldier from the Vietnam War returned with gonorrhea, which penicillin treatment had no effect. It took only 20 years for the microorganisms to completely overcome the effects of the drug. So one can only think about how many of today's viruses are resistant to vancomycin, the most potent antibiotic currently available, which has been in production since 1958.

MRSA, or Staphylococcus aureus, is a family of antibiotic-resistant bacteria that cause very difficult-to-treat and rapidly spreading infections in humans. Methicillin-resistant Staphylococcus aureus causes 10,000 deaths a year in the United States alone and is becoming increasingly resistant to antibiotics as the years progress. Surviving the infection can mean amputation, long-term rehabilitation, and in extreme cases, even death.

With the WHO's first-ever global report on antibiotic resistance, it has become clear that the problem of antibiotic uselessness is enormous. Dr. Keiji Fukuda, deputy director-general of the World Health Organization, said last year that "without urgent, coordinated action by multiple stakeholders, the world is heading into a post-antibiotic era. Common infections and minor injuries that have been treated for decades could again cause many deaths."

MRSA infects open wounds and can increase the risk of death by 60%. It is an extremely contagious disease and is found in hospitals and other health care settings where people come into close contact with each other. According to a recent CDC report, there were 80,500 MRSA infections in 2011, and that was in U.S. hospitals alone. This is one of the major health problems in the world.

The threat is so serious that in 2014, U.S. President Barack Obama issued an executive order allocating $1.2 billion in the annual budget to establish a task force to combat and develop an effective action plan to stop the spread of MRSA.

Hemp, like humans, is also exposed to pathogenic microorganisms. Their immune system adapts to successive mutations, so cannabis has potent antifungal and antiviral compounds that act on currently living microorganisms.

Groundbreaking research conducted in 2008 by British and Italian scientists proved the antimicrobial abilities of marijuana. However, study authors Giovanni Appendino and Simon Gibbons discovered something additional and highly unusual. Cannabinoids destroy harmful bacteria in a different way than antibiotics do. They are also resistant to the aggressive effects of viruses and can fight them at the cellular level. Professor Gibbons points out that it is because of this behaviour that cannabinoids show exceptional activity against the MRSA strain. Their ability to produce additional proteins provides a kind of barrier that protects both the cannabinoids and the organism in which they are found. Commonly used antibiotics cannot do this.

The five most common cannabinoids found in marijuana were tested against six clinically relevant strains of MRSA, including the most difficult to eradicate EMRSA, which has been a scourge in hospitals in recent years. Cannabinoids, specifically cannabidiol (CBD), cannabichromene (CBC), cannabigerol (CBG), cannabinol (CBN), and delta 9 -tetrahydrocannabinol (THC), were found to be more effective than vancomycin, the most potent antibiotic, and used only in the most severe cases of illness that directly threaten a patient's life. Cannabinoids were used for topical treatment, i.e. on sores and wounds, which after some time stopped growing and were relieved. Internal ingestion, in turn, reduced the patients' body temperature and the gradual disappearance of inflammation. Cannabis also maximized the positive effects of other medications the patients were taking at the time.

There was a time, not so long ago, when a small wound or seemingly harmless infection could kill a healthy, strong person. Then in 1928, a scientific miracle occurred - Alexander Fleming discovers penicillin. By 1942, it is widely used to treat infections. In 1944 it goes into mass production and saves American soldiers on the front lines.

The war, in turn, promotes the development of technology and new solutions in pharmacology. People begin to trust products created in a laboratory more than the natural remedies that have been used for years. During war, there is no time for long-term therapies - the effects are supposed to be visible as soon as the drug is applied.

But to be clear - the invention of penicillin was a breakthrough that allowed hundreds of thousands, maybe even millions of people to survive. No one knows whether we would be living in a decimated population now without it, and whether we would be able to beat diseases that no longer exist today. Penicillin saved humanity, but now it is becoming a threat.

In 2016, decades of overuse of penicillin and other antibiotics mean that the days of deadly, hard-to-treat diseases may be here again. The emergence and growth of antibiotic-resistant microorganisms is a major threat to the human species. While the unique offensive qualities of cannabinoids have yet to be fully elucidated and explored, it can already be assumed that they represent a forward-looking, healthier, and more cost-effective alternative to antibiotics.