Main page / Seedbanks / Marijuana for asthma? How does it affect the respiratory system?

Marijuana for asthma? How does it affect the respiratory system? 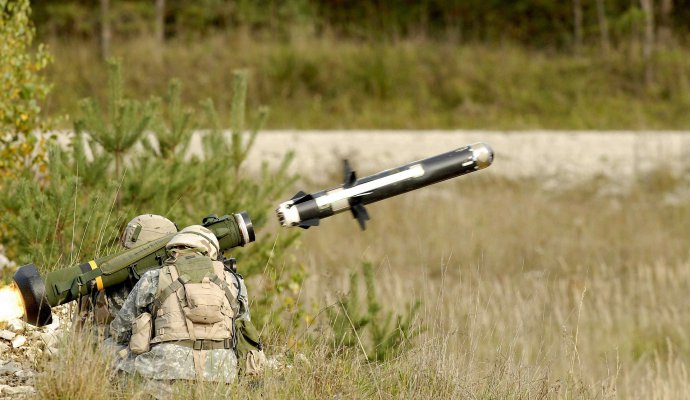 Asthma is a chronic respiratory disease which currently affects approximately 300 million people worldwide and is responsible for over 250 thousand deaths per year! In Poland alone, the number of sufferers exceeds 4 million. Cannabis has been used as a way to treat asthma symptoms for millennia, in various medicinal traditions, including those of ancient India and China. Why is cannabis able to help asthma patients and what benefits does it provide?

MEMO MAY 10, 2019: For asthma, it is usually recommended to take cannabis in edible form, not smoke it. This is not clearly indicated in the text so I added this note.

Pain is not explicitly considered the main symptom of an acute asthma attack, but studies have shown that up to 76% of patients experience extreme chest tightness during an attack. In general, asthma-related pain seems unusually sharp and deep, feels like a strong pulsation, and develops gradually over the first few hours after an attack. It fades slowly and is often the cause of anxiety and panic attacks because the patient fears an increase in symptoms.

There are several studies that have evaluated the specific abilities of cannabis in treating asthma-related pain. During many of the general cannabis trials, patients have repeatedly emphasized that they have noted improvements in their subjective experience of pain. The cannabinoids in marijuana have bronchodilator and analgesic effects (especially CBD), so researchers suggest that they may be useful in treating asthma, both by lowering pressure and spasm in the lungs and by directly affecting nociceptors (nerve cells responsible for detecting pain).

Although it is widely believed that asthma may have some genetic basis, there is growing evidence that the disease is caused or triggered by a bacterial or viral infection in early childhood. Because the immune system is not prepared to confront a strong pathogen at this time, the child is more likely to develop allergies and susceptibility to irritants.

Modern pharmacological advances lead us to believe in the potential of antibiotics to treat both short- and long-term asthma symptoms. To date, several studies have indicated the potential for widespread use of antibiotics, such as erythromycin and azithromycin, to relieve acute symptoms of the disease. However, the long-term effects of antibiotics on our bodies are judged to be negative and often even life or health threatening.

Cannabinoids, including THC, CBD and CBG, have been shown to possess broad-spectrum bactericidal activity against many common and infectious pathogens. One group of bacteria suspected of being a potential cause of asthma, from the genus Streptococcus, which includes S. pneumoniae and S. aureae, began to weaken and die when exposed to cannabinoids.

Asthma is considered a chronic low-grade inflammatory condition. It has been found to occur in the bronchi and bronchioles, even when potentially no symptoms of the disease are apparent and the patient feels fine (which is why many patients don't even realize they need treatment). During an asthma attack, the level of inflammation increases and there is narrowing of the tubules, which is caused by contraction of the muscles and bronchial tissue. The inflammation associated with asthma is generally considered to be an immune response to the presence of allergens, although the process itself is not definitively established and can vary greatly from patient to patient.

Cannabinoids are well known for their anti-inflammatory effects, yet in the case of asthma, the greatest interest was in the bronchodilator function, so this is what all the major studies focused on. After some time, a reduction in bronchial inflammation was also observed, which was a great combination for treating asthma. In addition, cannabis is now being studied for its ability to produce targeted treatments for inflammatory diseases mediated by the immune system.

Cannabinoid receptors have been found in human lung tissue, although in relatively low concentrations. However, they are thought to play an important role in the regulation of inflammation and to influence axial muscle contraction and various metabolic processes occurring in our bodies. It is important to keep in mind that research into the immune system response of inflammatory diseases and how marijuana could aid in their treatment is still in its infancy.

Cannabis' ability to dilate the bronchi is perhaps its most significant property with regard to asthma treatment. During an asthma attack, the bronchioles (the network of branching tunnels that carry oxygen from the alveoli are less than 1-2 mm in diameter) begin to constrict, causing the oxygen flow rate to decrease dramatically and the patient to be unable to catch their breath.

In general, the degree of bronchospasm during an attack is determined by measuring the peak expiratory flow rate taken from patients compared to measurements taken under normal conditions. The difference between the normal airflow rate and its reduced form is the critical value.

Numerous studies have shown that administration of cannabis in various forms can significantly improve bronchoconstriction both during an asthma attack and under normal circumstances (patients with severe asthma often have lower than average airflow compared to healthy individuals even when an attack is not occurring).

In the early 1970s, a wave of scientific papers was published that demonstrated the effects of cannabis on bronchodilation in asthmatics:

A 1973 study suggested that, unlike cigarette smoke, that which occurs during marijuana smoking has the effect of dilating the bronchi by several degrees of contraction. In 1974, another study appeared which showed that the bronchodilator effect from marijuana use was weaker than that obtained by isoproterenol administration, but lasted longer. Thanks to a 1976 study, marijuana was found to be as effective as salbutamol, although the latter achieves maximal bronchodilation somewhat faster.

However, we must keep in mind that there are also studies that suggest that cannabinoids may carry additional risk factors. For example, recent tests have shown that the endogenous cannabinoid system receptor agonist, anandamide, can indeed exert a biphasic (two-step) effect on lung tissue: it first strongly inhibits bronchoconstriction in the presence of an allergen or irritant component ( in this case capsaicin), but then causes bronchoconstriction under normal conditions, even when no pathogen is present in the environment. Indeed, some patients treated with THC have reported experiencing bronchoconstriction. Thus, further research is needed to determine exactly how cannabinoids affect the respiratory system in all areas.

It is thought that cannabis may exert a bronchodilator effect primarily through its ability to reduce inflammation. There is also a hypothesis that suggests that cannabis' ability to reduce muscle contraction (involuntary spasms) plays an equally important role in treating asthma and minimizing its symptoms when attacked. The bronchioles and bronchioles are made up of smooth muscle, and during an attack they are severely squeezed, this affects the restriction of oxygen and the development of inflammation.

In a study published in 2014, researchers analyzed bronchial and lung tissue samples from 88 patients. The research material was stimulated with an electric field to cause the muscles to contract. THC, the endogenous cannabinoid 2-AG, and a variety of synthetic CB 1 and 2 receptor agonists were then injected into the tissues. Certain CB1 receptor agonists, including THC, were found to reduce muscle contractions in a dose-dependent manner. Furthermore, the endogenous cannabinoid 2-AG was observed to have no effect.

The use of cannabis as an expectorant is somewhat controversial. They have had this use for thousands of years. Cannabis was used this way by ancient Chinese and Indian physicians and pharmacists, but modern research on the subject is scant, and the evidence we have so far has produced only inconclusive and often contradictory results.

Many people around the world report an expectorant effect after smoking or vaping marijuana. If this only happens after smoking, it could be argued that the effect is due to irritation from smoke particles. However, if it occurs even when vapor is inhaled, it suggests that we can attribute the expectorant effect to marijuana and the active ingredients it contains, rather than to the way it is ingested.

It is worth adding that most of the existing studies actually point to marijuana's propensity to overproduce saliva and mucus. An example of this is a study published in 2014, which observed increased mucus secretion in habitual cannabis smokers. Additionally, damage to airway tissues was noted in these smokers. Thus, more research is needed on the expectorant and congestion-reducing effects of marijuana.