Main page / Seedbanks / Cannabis vs anxiety - why cannabis can bring relief to neurosis?

Cannabis vs anxiety - why cannabis can bring relief to neurosis? 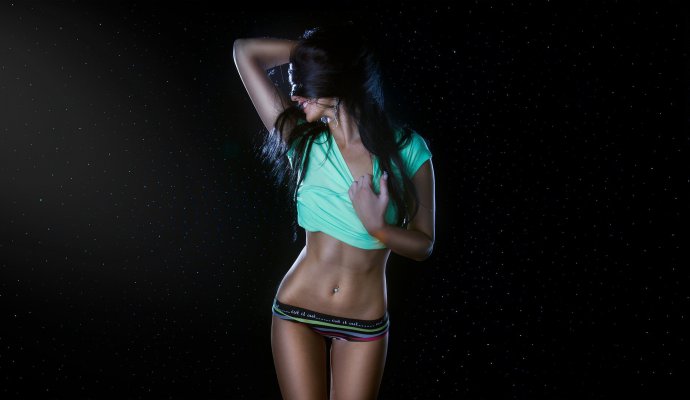 Cannabis is often blamed for causing feelings of anxiety, and is also credited with properties that prevent neurosis from being treated. However, this is not entirely true, and the relationship between cannabis and anxiety is more complicated than it may seem. The proper choice of strain, dosage, and method of use play an important role here. Marijuana and anxiety, how do they relate to each other?

Fear, anxiety, neurosis, panic, stress - we can meet with these states in our lives in many situations and in fact it is difficult to defend against them. The problem arises, however, when we have distorted, often irrational feelings about a given event, compared to other people. What in some people causes only an unpleasant pressure in the stomach (e.g. public speaking), for others can lead completely out of balance and prevent normal functioning. Thus, there is no universal way to deal with anxiety and neurosis - for others, an hour of relaxing music will work, while for some, smoking cannabis in the company of friends will prove salutary.

The relationship between cannabis and anxiety and neurosis

We wrote earlier that the relationship between cannabis and anxiety is complicated. However, this does not mean that cannabis only has a negative effect on anxiety sufferers, as is often perceived by the mainstream media. It is complicated because everyone suffering from anxiety or neurosis perceives their condition differently, individually, and their approach to combating it is equally unique. Cannabis can therefore be an effective cure for some, while for others it can be an engine to trigger worse and worse symptoms of the illness.

A 2009 study found that healthy people who don't experience panic attacks in their lives can feel them when smoking cannabis, while neurosis patients readily turn to cannabis to alleviate their condition.

So how is it possible that one plant has such different effects on people? It's simple - cannabis is no longer "one plant" in the general sense. To say that cannabis use always has the same effects is dead wrong. Thanks to research, we now know what components make up cannabis, how many there are, and how they specifically work. This makes it possible to create strains that differ dramatically in their properties. THC is often considered to be the main cannabinoid that makes cannabis an illegal, psychoactive substance. And this is unfortunately not an abuse, as THC can contribute to feelings of anxiety. It causes receptors in the brain to go into an irritable state, and we experience it as anxiety attacks or the onset of paranoia. However, this does not mean that all strains with THC cause us to feel fearful and surreal. When the other components of cannabis are present in the right proportions in a given strain, we can enjoy completely different states - from euphoria, to relaxation, to creativity. Just as the nature of anxiety is complicated for each individual, the right strain will have a different effect on each user!

The Effects of CBD on the Experience of Anxiety

In recent years, CBD has received a tremendous amount of attention from consumers, pharmacists, and researchers. Why? Scientific evidence suggests that CBD counteracts many of the adverse effects of THC, and numerous experimental, clinical, and epidemiological studies performed on animals and humans lead us to believe that CBD has powerful calming properties. When administered in moments of attack, it appears to be safer and better tolerated than chemical drugs, so it may be beneficial in the treatment of numerous anxiety-related disorders, including:

The link between cannabis addiction and anxiety disorders

A 2008 study found that a group of people suffering from SAD (seasonal affective disorder) were 6.5 times more likely to be addicted to cannabis than the general population, and had as much as 4.5 times the risk of alcoholism.

Overall, it can be concluded that long-term cannabis users are much more likely to struggle with experiencing depressive moods than people who do not take any psychoactive drugs. It is also believed that SAD is the third most common mental disorder after depression and substance abuse, with a current prevalence of 1-4% among the US population. However, other sources put the current prevalence as high as 7.1-7.9%, with lifetime prevalence rates rising as high as 13%. The World Health Organization (WHO) estimates a total global prevalence of 7% for this disorder. This 7% of humanity is 6.5 times more likely to become addicted to marijuana. From a rational standpoint, this seems like quite a threat.

Which strain of marijuana to choose?

As we've stressed several times already - it's impossible to predict how a person will react to a particular strain. However, it is worth understanding and being aware of the various effects that can occur with their use. Sensible dosing, taking cannabis in a comfortable environment, surrounded by trusted people, allows us to rationally choose the strain that will be most suitable for us and help us deal with our anxiety. The most important thing, however, is to always start with strains with low THC and/or high CBD. Here are 3 strains that can reduce anxiety and neurosis:

The name of this strain couldn't be more apt. Although primarily sativa is the dominant strain here, the indica effects are still noticeable. Sativa strains tend to cheer up and stimulate the user, which can interfere with feelings of calm. Stress Killer, however, combines the best of both worlds. It has a THC content of 11%, while also having a lot of CBD in it for relaxation and unwinding. Additionally, its citrus flavor is an irreplaceable and best flavor for many.

Named after the tireless cannabis activist, Jack Herer. Royal Jack reflects the best qualities of cannabis - it provides a cheery high while having a soothing and calming effect. Thanks to its composition, it allows you to have a good time and when you start to lose control of your anxiety, after a while it provides you with a clear mind and allows you to think clearly.

3 - Northern Lights Being an indica-dominant hybrid, this strain is perfect for relaxing after a hard, stressful day. Despite its sizable THC content, it does not cause panic attacks as it is balanced by CBD. Northern lights therefore allow you to experience a powerful high, as well as a unique relaxation. A classic that has countless fans around the world. (NOTE: This strain has as much as 21% THC!).