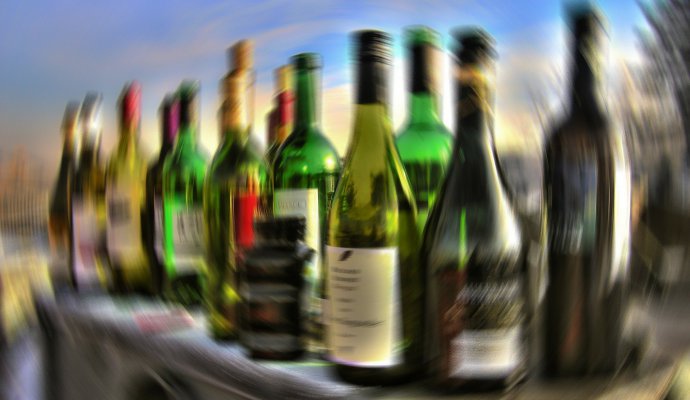 This is a group of chemicals that affect our endocannabinoid system.

The endocannabinoid system regulates many functions of the body including sleep, appetite and mood.

Marijuana contains over 60 cannabinoids, the most commonly discussed of which are THC and CBD.

THC - what is it? What is its effect?

THC (delta-9-tetrahydrocannabinol) is the most psychoactive ingredient in cannabis and is responsible for many of the medicinal properties and the feeling of getting high.

It is the main component of marijuana (from about 8% to 20% of cannabinoids) and is found in all parts of the marijuana plant, with the highest concentration in the inflorescences (commonly called tops) of female plants.

What effects does THC have?

Short-term effects: (about 1-2 hours after smoking marijuana and 4-10 after eating)

Long-term effects - researchers' conclusions are inconclusive, but THC can cause:

These negative effects disappear when you stop using marijuana

The possibility of overdosing on THC has not been established. A lethal dose is considered to be 40,000 times the therapeutic dose.

I don't know what the therapeutic dose is, but assuming that it is the amount of THC in 1/4 gram of marijuana, you would have to ingest 10kg of marijuana at a time, so it can be concluded that it is not possible to fatally overdose on marijuana.

Virtually every pure Sativa or strain with a high Sativa gene content contains a lot of THC and little CBD making for a strong, energetic high.

Mega varieties, not very popular with us but bestsellers in the USA and slowly in Europe:

THCV (Tetrahydrocannabivarin) - how does it affect the effect of THC?

THCV has a similar molecular structure to THC, it is also psychoactive but has a slightly different effect than THC.

A note if you are using a Vaporizer from smoking marijuana: THCV's boiling point is 220 degrees C, so you need to turn up the temperature to feel the effects of THCV.

Increases the euphoric effects of THC, but shortens the length of effect Stimulates, makes marijuana give you energy to act and increases 'clarity of mind' Reduces appetite unlike THC which is why smoking strains with THCV is discouraged in patients with anorexia and eating disorders unless someone is looking to reduce weight It can help with diabetes; preliminary studies show that THCV can regulate blood sugar levels and reduce insulin resistance Reduces panic attacks; helpful for PTSD patients May help Alzheimer's patients, but research is not yet conclusive Stimulates bone growth and researchers are studying its use to treat osoporosis and other bone-related disorders

Marijuana strains that contain a lot of THCV:

THCV can be found mainly in sativas, especially those containing genes from local African strains such as:

CBD (Cannabidiol) is the second cannabinoid found in cannabis after THC

CBD - Cannabidiol is the second main cannabinoid in marijuana, its content is usually less than 1% to 2%.

In recent times, after its medical effects began to be appreciated, some strains containing as much as a few to several % CBD with the amount of THC reduced to a few % have appeared on the market.

CBD does not have a psychoactive effect, but it has a lot of medical properties, which makes CBD-rich strains with a low THC content attractive to patients who want to avoid getting high.

Effects of CBD on THC

The effect then embraces the whole body rather than the mind - gives a feeling of cotton wool legs, relaxation, drowsiness.

This article isn't exhaustive but I hope you find it useful. Remember that you can also purchase hemp oils containing cbd.

Write in the comments what you have and what further topics interest you most? You do not have to be registered, you can add a comment as a guest.